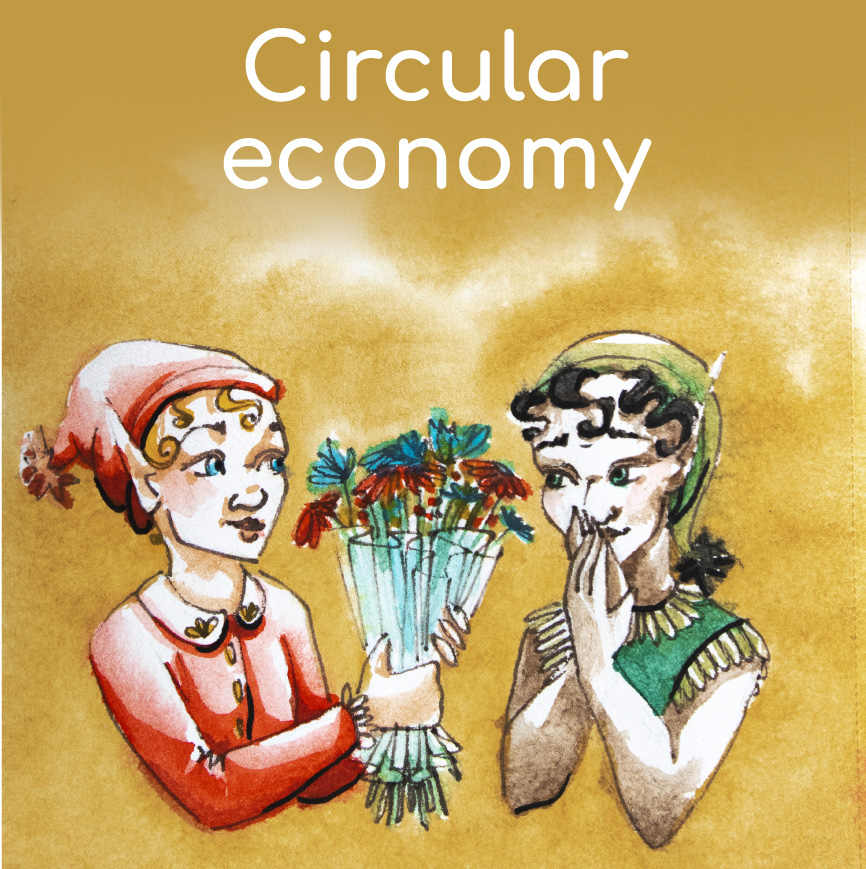 A circular economy is an industrial system that is restorative or regenerative by intention and design. The economic benefit of transitioning to this new business model is estimated to be worth more than $1 trillion in material savings by 2030. The basic idea is that products can be designed from the outset so that, after their useful lives, they will provide nourishment for something new.

The original idea was coined by William McDonough and Michael Braungart in their book: "Cradle to Cradle: Remaking the Way We Make Things". Basically, a circular or cradle-to-cradle economy is designed so that the waste produced by any human activity becomes "food" for another human activity.

For example, the methane gas produced by landfill sites (or rubbish/garbage dumps as we know them), is now being used to generate electricity. Similar projects are producing electricity from the human waste in sewage systems. Under the anaerobic (oxygen free) conditions of landfill sites, organic waste is broken down by micro-organisms, leading to the formation of landfill gas (LFG).

LFG is a gaseous mixture which consists mostly of methane and carbon dioxide, but also of a small amount of hydrogen and occasionally trace levels of hydrogen sulphide. LFG capture projects aim at preventing the emissions of gases (both methane and other pollutants) from landfills. The basic idea is that the landfills are covered (e.g. by a layer of earth) and that the gases are collected through wells and pipeline systems. The methane thus recovered can be used for electricity generation.

Another example is plastic. About 15% of the 10 billion metric tons of plastic produced since 1950 has been recycled. More than half of it has ended up in the oceans and landfills- 5 billion tons! 3 billion tons is still in use, while over 1 billion tons has been incinerated. On the one hand, developed economies with regulations that encourage it have recycling rates around 30%. On the other hand, developing economies with a minimal industrial base have recycling rates close to 0%. And yet recycling is the best solution for processing plastic waste because it limits environmental impact and generates significant socioeconomic gains. China is the world's largest plastic polluter today.

Putting a circular economy in place soon, preferably by 2030, is one of the keys to the future survival and thriving of humankind. There is only one planet Earth, yet by 2050, the world will be consuming as if there were three if we continue business-as-usual. Global consumption of materials such as biomass, fossil fuels, metals and minerals is expected to double in the next forty years, while annual waste generation is projected to increase by 70% by 2050. As half of total greenhouse gas emissions and more than 90% of biodiversity loss and water stress come from resource extraction and processing, the European Green Deal launched a concerted strategy for a climate-neutral, resource-efficient and competitive economy.