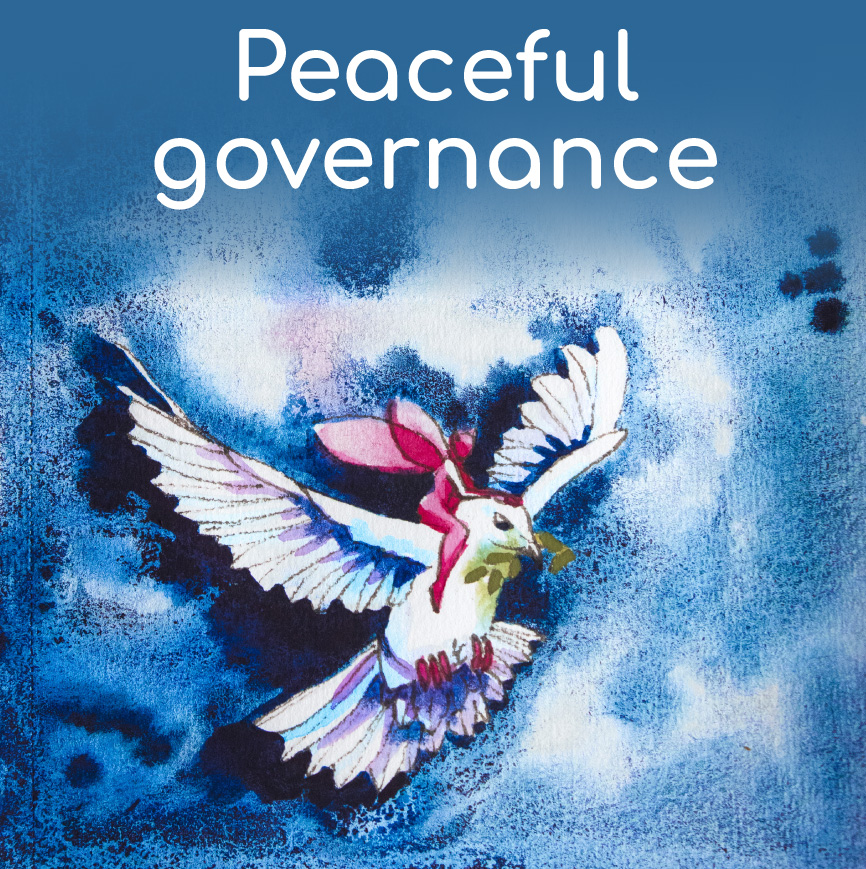 There are many different kinds of governance systems, in every key social function needed for a civilized world. Governance systems can be both hierarchical (power or authority over) and heterarchical (power with and through collaborative systems that give a voice to all participants). Such systems exist across a wide variety of scales, from villages and small communities, through towns, cities, small and medium sized enterprises, corporations, regional, national and trans-national governments and systems such as the United Nations and its agencies.

According to the World Economic Forum, the countries best prepared for the future with global warming have robust systems in place for ecosystem services, food, health, human habitat, infrastructure and water. They also have a high adaptive capacity and lower exposure and sensitivity to climate change. Their readiness to adapt was measured according to three factors  economic, governance, and social readiness.

There are also economic governance systems and laws from the World Trade Organization to national and local codes and principles. During the past decade, governments across the world have promulgated more than 500 new measures that seek to promote the use of environmental, social, and governance (ESG) criteria in making investment decisions.

Regarding codes and principles, the UN Principles for Responsible Investing (PRI) have become a widely adopted standard among investment managers. Among the hedge fund managers, 35% are PRI signatories, and 17% are the process of becoming one. Meanwhile, 56% of managers are making PRI a key part of their cultures.

There are ongoing discussions among scholars and activists as well as in political institutions about solutions to each of the large-scale threats to humanity: climate change, large-scale environmental degradation, violent conflict and extreme poverty.

To ensure that decisions taken for international integration are sustainable, it is important that:
 populations see the benefits,
 states agree on their goals and
 the institutions governing the process are seen as legitimate.

These three conditions are only partially being met. Domestic governments have monopolies on the use of forcethe power of enforcement. Global governance refers to the political interaction that is required to solve problems that affect more than one state or region when there is no power to enforce compliance. Problems arise, and networks of actors are constructed to deal with them in the absence of an international analogue to a domestic government. This system has been termed disaggregated sovereignty.